The Korean Consulate-LA and Korea Foundation hosted three afternoon and evening events for Korean Cultural Day in Los Angeles on Friday, June 5.  The first event was the opening of two exhibits at the Korean Heritage Library at USC:  the FOK photo exhibit and Korea In The 70s: A Peace Corps Volunteer Remembers, a series of traditional ink and brush paintings on rice paper produced by Neil Landreville and reflecting life in rural Kimje County, North Jeolla Province, where Neil worked in the 1970s.  Prior to the opening, Neil gave an “Artist’s Talk” about how his daily life in Kimje is reflected in his paintings.  A very special coincidence is that the Korean Heritage Library has a special emphasis on materials from and about the Jeolla Provinces and, as a result, was particularly delighted to be the venue for Neil’s exhibit.

Korean Cultural Day continued with a screening of Ode To My Father, a poignant (and very successful) Korean movie detailing often very painful Korean history from the time of the Korean War to modern day through the experiences of a single family.  The movie is a “must-see” – and so are a lot of tissues.  The movie was followed by a lovely garden party/dinner with Korean and Korean-American community leaders at the residence of Consul General Hyun-myung Kim.   Dinner guests also received a photo documentary book “South Korea” by Mark Edward Thomas, an award-winning LA-based travel/documentary photographer who generously donated book copies for everyone. 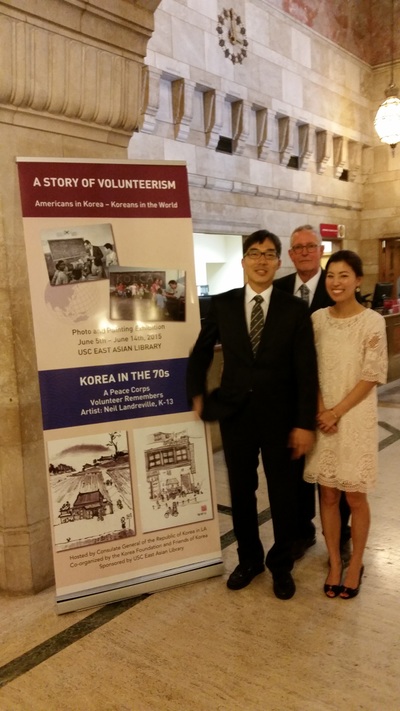 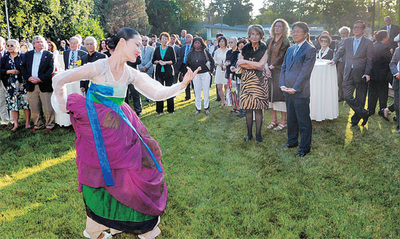 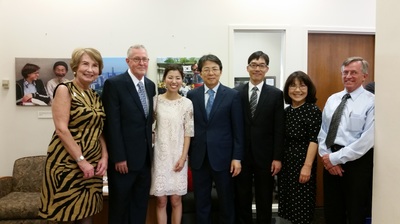 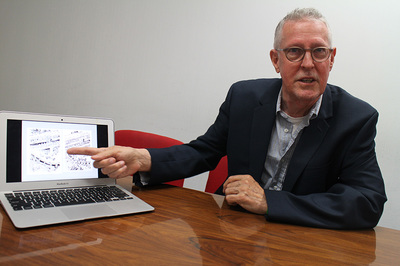 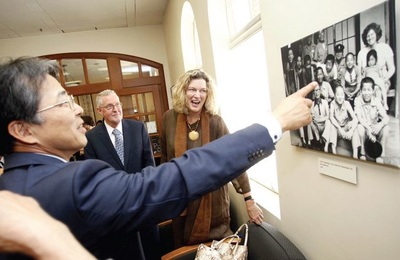